Many people like Rosemary are living in our communities and their skills are going to waste. Find out what prompted her to set up Dignity Partnership Social Enterprise. 'Life was stressful in DP. I felt like I was drowning in the middle of the Atlantic as no one could hear me. The pain of institutional living, the humiliation of queuing at the post office to collect weekly welfare payment (then €19.10) and the negative press portrayal of people seeking refuge and asylum stripped off my dignity. I felt like a Zombie from the ‘Walking Dead’. It was a question of how long it would take before I lost my sanity. Some residents of the centre thought I had lost it already by the way I was just purposelessly moving up and down every time. I then had an opportunity to volunteer with Portlaoise Syrian Refugee Resettlement Project (Doras project), volunteering and the desire to see my kids again were the only reasons that kept me away from taking my life as life was meaningless for a kind of a zombie I had become. Volunteering also helped me to connect with people and I slowly found happiness in supporting those that were in difficult situations like myself. I found support from the local community, from the Laois Integration Network in particular. While I was involved with Laois Integration Network, I discovered that most residents including myself, felt degraded to be identified as ‘asylum seeker’. For this reason, most of them didn’t want to be involved in local events or activities as they felt degraded and upset by how they were addressed. Hence, I founded Voice of Migrants Ireland (VOMI) mainly to provide opportunity for people living in DP to interact with the wider community with dignity and break the barriers. I discovered the untapped/ unknown skills and talent that people living in DP had and how they were getting wasted. June of 2018, the law allowed people seeking asylum to access the labour market including self- employment. I realised there wasn’t much support on the self-employment part and no provisions to identify unknown and untapped skills for people living in DP. February of 2019, I applied to Social Entrepreneurs Ireland Academy program and I was accepted, that’s how Dignity Partnership journey begun……’ 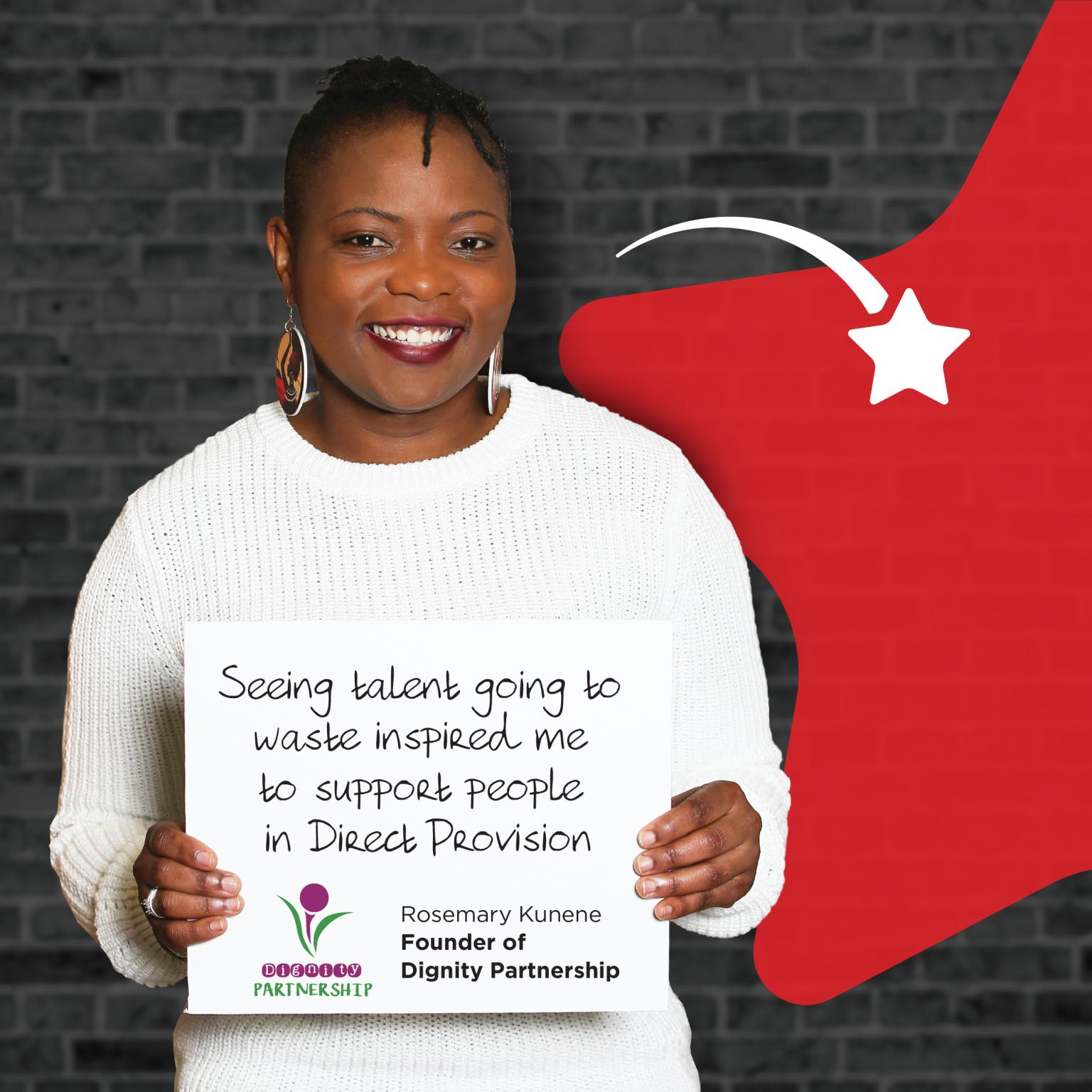